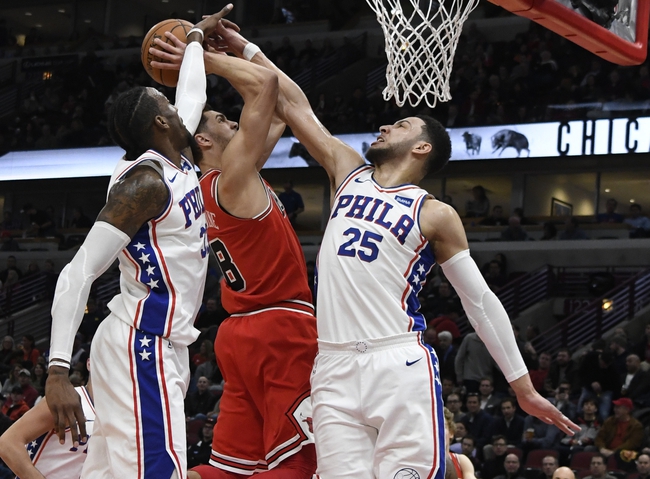 The Chicago Bulls hope to kick off their season with a win when they visit the Philadelphia 76ers at the Wells Fargo Center on Thursday night.

The Chicago Bulls will be looking to turn over a new leaf after finishing with just 27 wins last season which was only good for 13th place in the Eastern Conference standings. With the poor record, the Bulls earned themselves the 7th overall pick in the NBA Draft which they used to select Wendell Carter Jr. With the team clearly focused on developing their young core of Lauri Markkanen, Zach LaVine and Kris Dunn, the Bulls weren’t too active in the offseason in terms of trades but they did ink the oft-injured Jabari Parker on a two-year $40 million deal. Expectations can't be that high given how poor the Bulls were last season, but their young core gives them plenty of reasons to be optimistic.

Meanwhile, the Philadelphia 76ers will be hoping to bounce back after getting thumped by the Celtics in a 105-87 road loss on Tuesday. Joel Embiid led the team in scoring with 23 points and 10 rebounds, Ben Simmons looked to be in mid-season form as he racked up 19 points with 15 rebounds and eight assists while JJ Redick chipped in with 16 points off the bench but no other player scored more than eight points. As a team, the 76ers did a great job to hang with the Celtics in the first half, but they struggled against the Celtics’ defense in the second half to finish with figures of 39 percent shooting from the field and five of 26 shooting from the three-point line.

The Bulls will be hoping to hit the ground running with a nice win, but they won just 10 road games last season and lost their only game in Philadelphia by 115-101 back on Jan 25. The 76ers looked a little rusty in their season-opening loss to the Celtics but they were an impressive 30-11 at home last season and Simmons looks to be in mid-season form. This seems like too many points to be laying at this early stage of the season, but I think the 76ers bounce back at home where they are 20-7 ATS in their last 27 games.