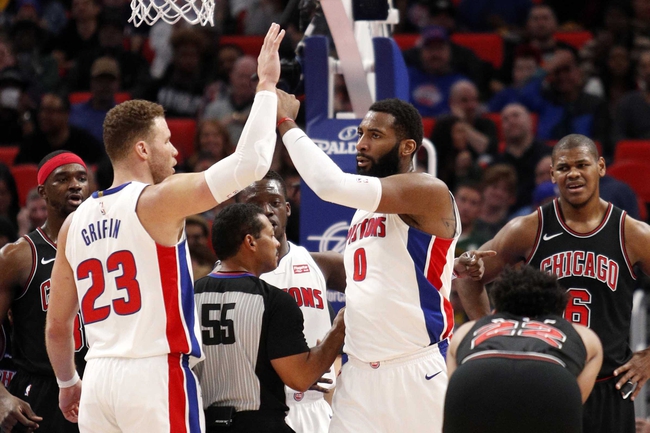 The Detroit Pistons and Chicago Bulls meet Saturday in NBA action at the United Center.

The Detroit Pistons looked solid in their season opener, as Griffin and Drummond finally dominated the way we had hoped, and they're a team that should own the glass moving forward. The Chicago Bulls are still one of the more banged up teams in the league and haven't played a lick of defense when you include thr preseason. Getting the Pistons and the small chalk seems like the play, as the Bulls are going to lose often until they get some of their players back. And even then, this is going to be a rough season.