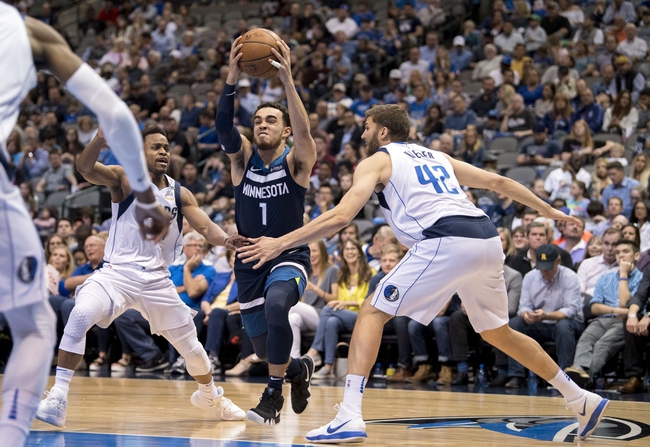 The Minnesota Timberwolves and Dallas Mavericks meet Saturday in NBA action at the American Airlines Center.

The Minnesota Timberwolves are on the end of a back to back and have been shaky defensively in two games, and they're still dealing with a roster that's not exactly happy that Jimmy Butler is still on the team. There's a lot of tension going on in Minnesota and makes this team hard to bet. However, the Timberwolves are head and shoulders the more talented team here, and the Dallas Mavericks are coming off one of the worst losses of the opening days, getting smoked by the Phoenix Suns. I'm going to lay the bucket with the Timberwolves, as this is a game they should win, off the court issues or not.