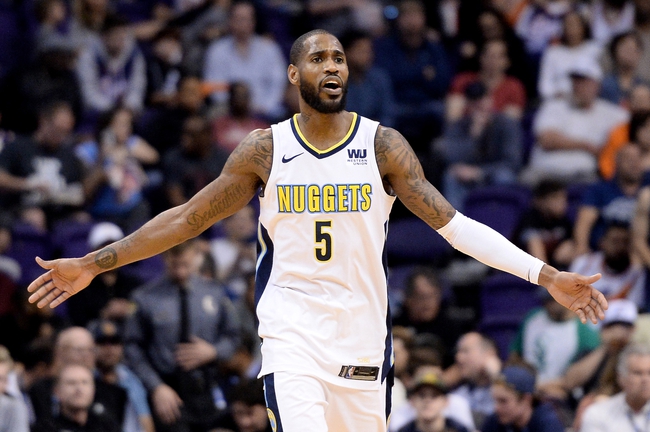 The Phoenix Suns travel to the Mile High City to battle the Denver Nuggets at the Pepsi Center on Saturday night.

The Phoenix Suns will be looking for a second straight win to start the season after blowing past the Mavericks in a 121-100 home win on Wednesday. Devin Booker drained six three-pointers to lead the team with 35 points and seven assists, Trevor Ariza added 21 points, eight rebounds and seven assists while DeAndre Ayton and Josh Jackson chipped in with 18 points apiece. As a team, the Suns shot a healthy percent from the field and 19 of 34 from the three-point line as they jumped out to an early double-digit lead to make it look easy against the new-look Mavericks.

Meanwhile, the Denver Nuggets will be looking for their first home win of the season after taking down the Clippers in a 107-98 comeback road win on Wednesday. Nikola Jokic le the team with 21 points, eight rebounds and five assists, Gary Harris added 20 points while Will Barton chipped in with 19 points. As a team, the Nuggets shot just 37 percent from the field and eight of 24 from the three-point line but they were able to put it all together when it counted as they closed the game on a 23-6 run in the final 5:14 to overcome an eight-point deficit late in the fourth quarter.

The Suns looked great in their season opening win over the Mavericks at home, but so did the Nuggets who never panicked despite being down late in the fourth quarter against the Clippers in their season opener. The real test for the Suns is to carry that form on the road against a solid Nuggets team who won 31 of their 41 home games last season. In addition, the Nuggets have also covered the spread in eight of the last nine meetings overall and four of the last five in Denver, so while the line looks a little hefty, I'm sticking with the home team to pull away late with their first home win of the season.