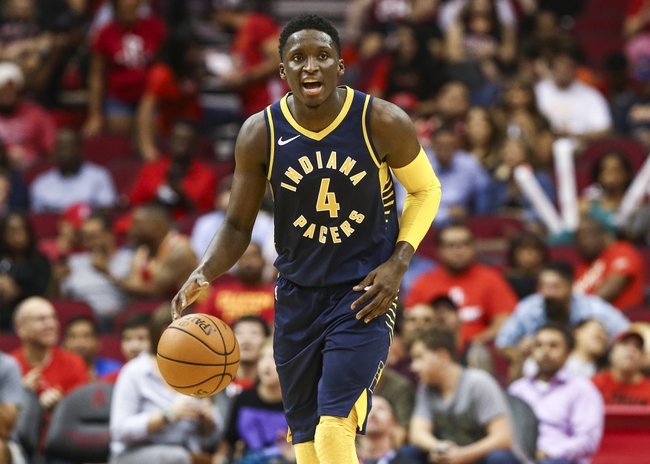 The Brooklyn Nets pay a visit to the Indiana Pacers at Bankers Life Fieldhouse on Saturday night.

The Brooklyn Nets opened their season with a tough narrow loss to the Pistons, but they will be aiming for their second win in as many nights after sneaking past the Knicks in a 107-105 win last night. Caris LeVer led the team with a career-high 28 points to go along with six rebounds and five assists, Jarett Allen and De’Angelo Russell each scored 15 points while Jos Harris chipped in with 11 points. As a team, the Nets shot 49 percent from the field and 12 of 30 from the three-point line but this game went down to the final second of the game as LeVert sealed the win for his team with a game-winning layup to overcome a combined 58 points from the Knicks’ Tim Hardaway Jr. and Enes Kanter.

Meanwhile, the Pacers kicked off their season with a dominant win over the Grizzlies, but were brought back down to Earth with a 118-101 loss at Milwaukee last night. Victor Oladipo led the team with 25 points on 10 of 23 shooting, but he needed more support from his teammates. Doug McDermott added 14 points while Domantas Sabonis chipped in with 12 points and 13 rebounds but they certainly needed more from Bojan Bogdanovic who shot zero of seven from the field to finish with just three points. As a team, the Pacers shot just 43 percent from the field and six of 18 from the three-point line which wasn’t enough to hang with the Bucks who made 17 threes on a franchise-record 47 attempts.

The Nets will be buoyed by the narrow win over the Knicks after falling painfully short in their season opening loss to the Pistons, but it’s the opposite feeling for the Pacers who were blown off the court last night against the Bucks. The Pacers actually won all four meetings last season, but three of those games were decided by single digits so it hasn’t been too one-sided. However, looking at the betting trends, the Pacers have covered in six of the last seven meetings overall and four of the last five at home, so I'm going with the trend here.