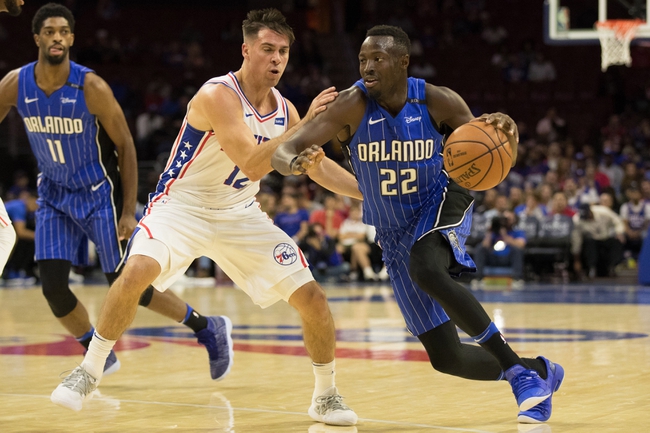 The Orlando Magic and Philadelphia 76ers meet Saturday in NBA action at the Wells Fargo Center.

The Orlando Magic are coming off a blowout loss last night against the Charlotte Hornets, and the Philadelphia 76ers are obviously the best team they will have played up to this point. However, the 76ers have been sleepwalking two games through the season and haven't been sharp defensively yet. The Magic have also provided some value as big underdogs dating back to last season, as they're 12-6-1 ATS in their last 19 games when an underdog of at least eight points. I'm not trying to lay this big of chalk this early in the season, especially with how lackluster the 76ers have been so far. Give me the points.