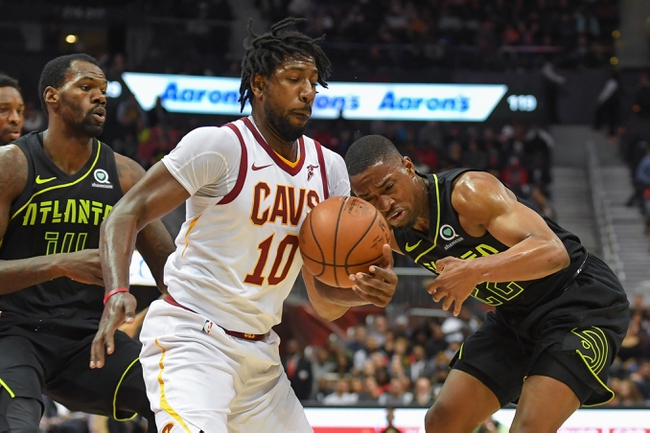 The Atlanta Hawks invade the Quicken Loans Arena to battle the Cleveland Cavaliers on Sunday night.

The Atlanta Hawks will be aiming for their first win of the season after falling to the Grizzlies in a 131-117 road loss on Friday. Taurean Prince led the team with 28 points on 10 of 15 shooting, Trae Young added 20 points with nine assists while Vince Carter chipped in with 10 points. As a team, the Hawks shot 49 percent from the field and 14 of 30 from the three-point line but their defense just leaked too many points, particularly in the first half where the Grizzlies racked up 77 points. The Hawks would go onto pour 35 points in the fourth quarter to keep the final score respectable, but this game was never really close as the Grizzlies led by as many 25 points in the third quarter.

Meanwhile, the Cleveland Cavaliers are also hoping to avoid a third straight loss after falling to the Timberwolves in a 131-123 road loss on Friday. Kevin Love filled the stat sheet with 25 points, 19 rebounds and seven assists while shooting six of 19 from the floor, Cedi Osman added 22 points with eight assists while Jordan Clarkson chipped in with 19 points off the bench. As a team, the Cavaliers shot 48 percent from the field and eight of 23 from the three-point line but they left themselves too much work to do after falling behind by 71-54 going into halftime.

The Hawks haven’t looked too bad on the offensive end to start the season with Young running the floor and Prince leading the team in scoring, but their defense leaves a lot to be desired as they allowed 126 points in their season opener, followed by 131 points against the Grizzlies. You could say the same for the Cavaliers who are still learning to play without LeBron James, but the good news is that one of these two teams will finish with their first win in this one. Interestingly, the Cavaliers are relatively strong favorites in this one, but it’s the Hawks who have covered in five of the last six meetings overall, including their last four in Cleveland. With that being said, I’m leaning towards the Hawks to get the cover in this one.