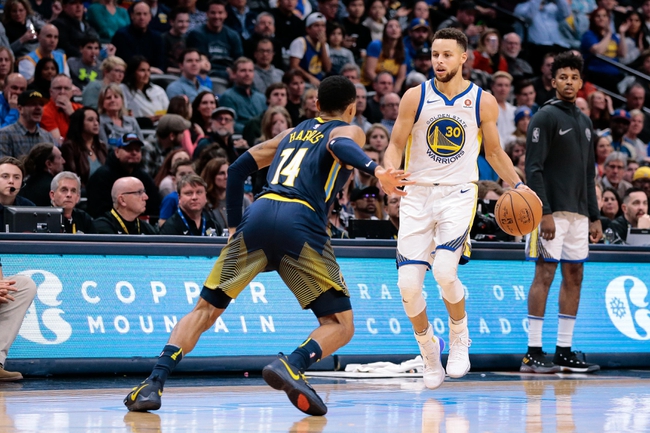 The Golden State Warriors and Denver Nuggets meet Sunday in NBA action at the Pepsi Center.

The Golden State Warriors have to have an extra pep in their step after beating the Utah Jazz in a game they had no business winning, and they're catching a Denver Nuggets squad on the end of a back to back. The Nuggets have had success against the Warriors in the past, but this is a bad spot for them schedule wise, and the Warriors are rested and well awake after what just took place Friday night. I'll lay the reasonable chalk here, as there should be a carry over for both clubs.