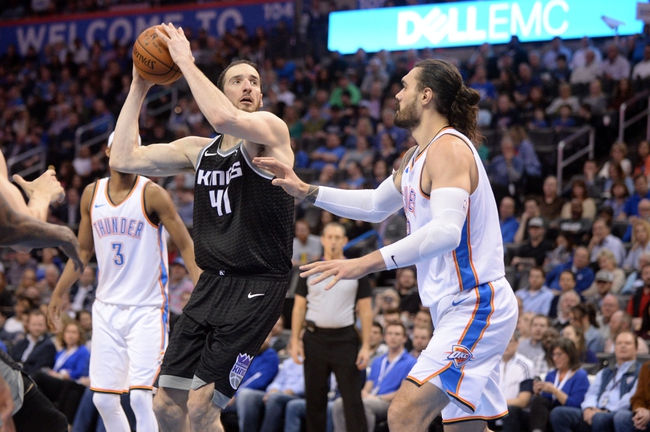 The Sacramento Kings and the Oklahoma City Thunder collide at the Chesapeake Energy Arena on Sunday night.

The Sacramento Kings opened their season with a narrow loss to the Jazz, but it was a different story on Friday as they were simply outmatched in a 149-129 loss at New Orleans. Willie Cauley-Stein led the team with 20 points, Marvin Bagley III added 19 points off the bench while De’Aaron Fox and Frank Mason each scored 16 points. As a team, the Kings shot a healthy 52 percent from the field and 10 of 25 from the three-point line but they never looked threatening against the Pelicans who shot a sizzling 59 percent from the field while making 16 three-pointers to finish with their highest single-game point total in franchise history.

Meanwhile, the Oklahoma City Thunder are in the same boat as the Kings as they’ve yet to win a game this season. Paul George shot seven of 27 from the field to finish with 20 points in Friday’s 108-92 road loss to the Clippers and he had little support from his teammates as no one else scored more than Steven Adams who finished with 17 points. As a team, the Thunder shot just 35 percent from the field and a miserable seven of 33 from the three-point line as they battled with the Clippers for three quarters before falling flat on their faces in the fourth quarter where they were outscored by 37-15. Russell Westbrook has yet to take the court this season and he has yet to be cleared for Sunday as he continues his rehab for his knee.

Westbrook’s status for this game won’t be available until just before tipoff, but he has been cleared for full contact practices so there’s definitely a chance he’ll be ready. With that being said, this could be a good opportunity for the Kings to pull off the upset, especially given that they’ve covered in five of the last six meetings in Oklahoma City. You can never feel too confident putting your money on the Kings no matter who they play, but I’ll take them with the points in this one if Westbrook is unable to suit up.