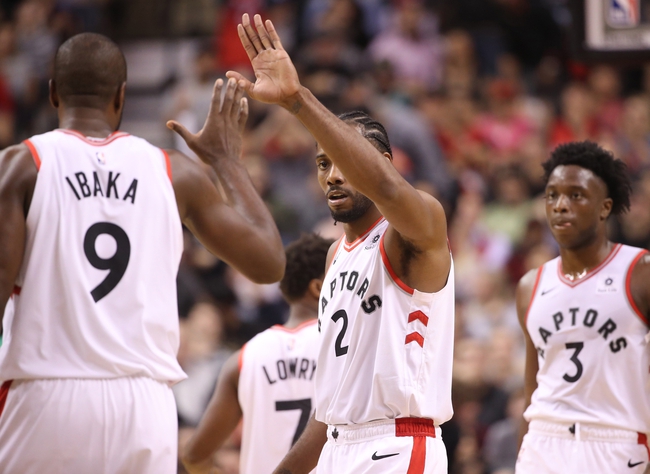 The Charlotte Hornets and Toronto Raptors meet Monday in NBA action at the Scotiabank Arena.

The Toronto Raptors have played well up to this point, but they're still trying to figure things out with their new roster/coach, and they have allowed 100-plus points in all three games. The Charlotte Hornets have two road victories under their belt already this season and their one loss was by one point against the MIlwaukee Bucks. I'm never high on the Hornets, but they're playing well at the moment, showing solid offensive depth and Kemba is playing out of his mind right now. I like the value of the points here, as this is some steep chalk to pass up with a Hornets club that's playing well early.

The pick in this article is the opinion of the writer, not a Sports Chat Place site consensus.
Previous Pick
NBA Power Rankings for the Week Starting October 22, 2018 (After Week 1)
Next Pick
Milwaukee Bucks vs. New York Knicks - 10/22/18 NBA Pick, Odds, and Prediction