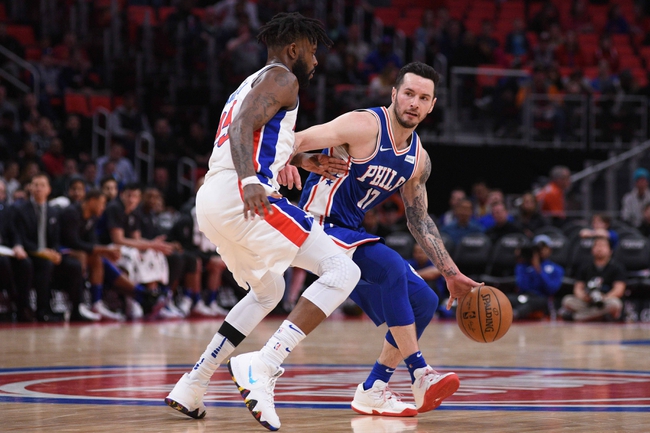 The Philadelphia 76ers and Detroit Pistons meet Tuesday in NBA action at the Little Caesars Arena.

I'm going to assume that Drummond will play through an illness, and world is Simmons is doubtful for this contest. So, I'm going to side with the Pistons here. The Pistons have been rather solid at home dating back to the end of last season and have the size to control the 76ers on the glass. The 76ers have also been shaky to start the season defensively, and it doesn't help one of their best players won't be on the court. So, give me the home team and the free point.