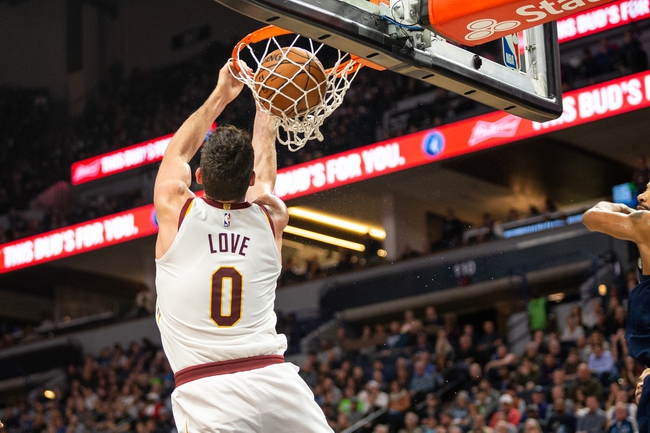 The Brooklyn Nets and the Cleveland Cavaliers duke it out at the Quicken Loans Arena on Wednesday night.

The Brooklyn Nets will be hoping to bounce back after getting thumped by the Pacers in a 132-112 road loss on Saturday. Caris LeVert and Joe Harris led the team in scoring with 19 points apiece, Spencer Dinwiddie chipped in with 13 points while De’Angelo Russell finished with 12 points and seven assists. As a team, the Nets shot 47 percent from the field and 16 of 37 from the three-point line as they did well to hang with the Pacers for most of the game until the fourth quarter where the Pacers went on a 13-0 run to pull away. Ball control was an issue as the Nets committed a total of 20 turnovers which led to 30 points for the Pacers.

Meanwhile, the Cleveland Cavaliers are still searching for their first win of the season as they come into this game fresh off a 133-111 home loss to the Hawks. Jordan Clarkson led the team with 19 points off the bench while Kevin Love and George Hill each scored 16 points. As a team, the Cavaliers shot 46 percent from the field and 10 of 27 from the three-point line as they stormed out to an early 15-point lead in the first quarter but their defensive struggles were on display again in the second and fourth quarters where the Hawks outscored them by a combined 81-51 as they just couldn’t contain the Hawk’s rookie Trae Young who scorched them for 35 points and 11 assists.

It’s hard to split these two struggling teams as we’re just three games into the season, but I have to lean towards the Nets in this one as they’ve won a game and were right there with the upstart Pacers in their last outing until the fourth quarter. In addition, the Nets have covered in 10 of their last 13 road games overall and in 22 of the last 31 meetings on the road against the Cavaliers who can’t guard anyone at the moment.