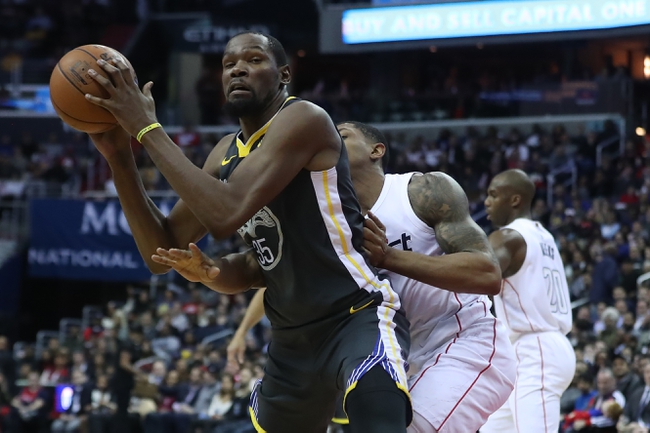 The Golden State Warriors play host to the Washington Wizards at the Oracle Arena on Wednesday night.

The Washington Wizards will be breathing a little sigh of relief after snapping a two-game skid with a hard-fought 125-124 overtime win at Portland on Monday. Markieff Morris drained a career-high six three-pointers to lead the team with 28 points, Bradley Beal added 25 points with seven assists while Kelly Oubre Jr. chipped in with 22 points off the bench. John Wall shot just five of 19 from the field but still chipped in with 16 points and nine assists but it was Otto Porter Jr. who put the finishing touch on a much-needed win as he blocked Damian Lillard’s potential game-winning layup with time expiring.

Meanwhile, the Golden State Warriors haven’t been at their absolute best to start the season, but they’ve won three of four and will be looking to build on Monday’s 123-103 home win over the Suns. Stephen Curry led the team with 29 points and eight assists, Kevin Durant added 22 points while Damian Jones and Jonas Jerebko each chipped in with 13 points. As a team, the Warriors shot a healthy 51 percent from the field and 14 of 37 from the three-point line as they cruised to victory after dominating the first half by 70-47 as they feasted on the Suns’ 21 turnovers.

Head to head, the under is 5-2 in the last seven meetings in Golden State and the Wizards are 4-1 ATS in the last five meetings.

The Wizards haven’t had the easiest schedule to start the season but they will be feeling much better after scraping past the Trailblazers in overtime on Monday. The Warriors have been a bit lackadaisical to start the season but it hasn’t really cost them as they’ve won three of four and made it look easy in Monday’s win over the lowly Suns. The Wizards have covered in just two of their last 12 road games but the Warriors have been well below their best lately, so this looks like a good spot for the Wizards to get the cover.