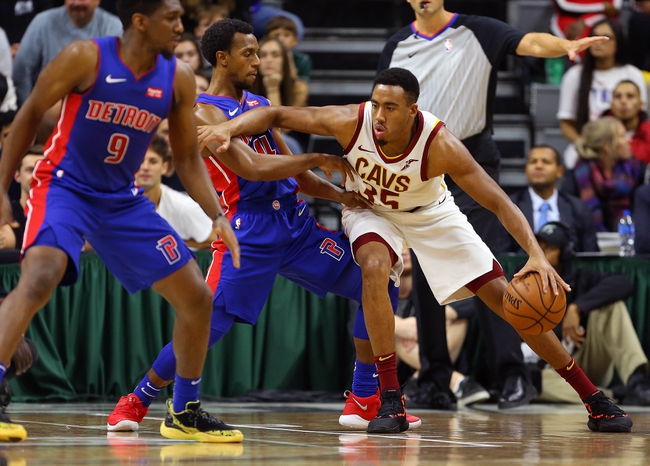 The Cleveland Cavaliers and Detroit Pistons meet Thursday in NBA action at the Little Caesars Arena.

We've seen nothing from the Cleveland Cavaliers that suggests backing them here, as they've been badly outplayed in all four games and three of the four losses have been decided by double digits. The Detroit Pistons are off to their best start in about a decade and have their two all stars playing like all stars out of the gate. The Cavs are horrible defensively and are fresh off a blowout loss to the Nets in which they shot just 38.2 percent from the field. It's bad in Cleveland, and I want no part of this team right now. Give me the Pistons in a home beatdown.