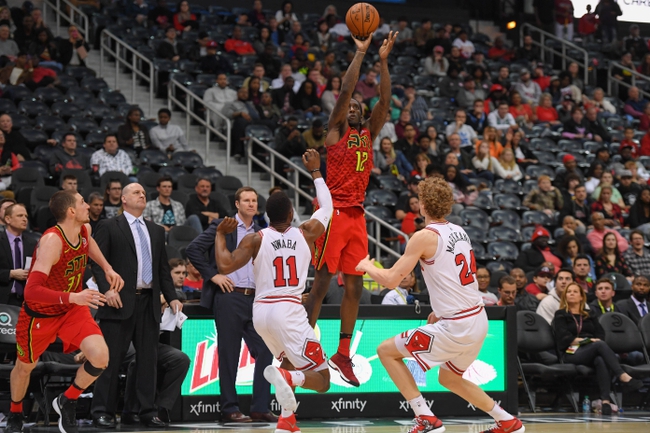 The Chicago Bulls and Atlanta Hawks meet Saturday in NBA action at the State Farm Arena.

The Chicago Bulls have arguably been the worst team through the first two weeks of the season, as they're not playing a lick of defense and the effort can be questioned as well. The Bulls just allowed 135 points on 57 percent shooting to the Charlotte Hornets. It's bad. The Atlanta Hawks have been better than expected up to this point and are playing with some pep in their step after back-to-back victories. I trust the Hawks a lot more than the Bulls up to this point. I'll lay the reasonable chalk with the home team. I want no part of the Bulls right now.