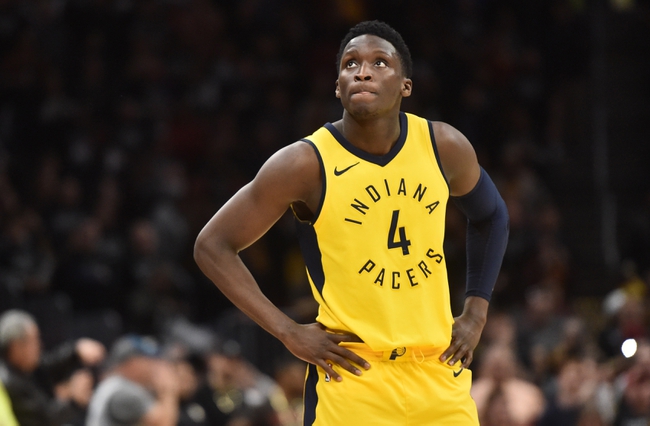 The Indiana Pacers pay a visit to the Cleveland Cavaliers at the Quicken Loans Arena on Saturday night.

The Indiana Pacers have won three of their first five games of the season and they will be looking to stay hot after beating the Spurs in a 116-96 road win on Wednesday. Victor Oladipo led the team with 21 points and nine assists, Tyreke Evans added 19 points off the bench while Domantas Sabonis chipped in with 16 points, 10 rebounds and four assists. As a team, the Pacers shot a healthy 53 percent from the field and 17 of 32 from the three-point line. The Pacers had seven players finish in double digits in scoring and the team played great defense to hold the Spurs to just 40 percent shooting.

Meanwhile, the Cleveland Cavaliers have yet to taste victory this season and they will be hoping to avoid a sixth straight loss after falling to the Pistons in a 110-103 road loss on Thursday. Kyle Korver led the team with 21 points off the bench, Jordan Clarkson added 18 points while George Hill chipped in with 15 points. As a team, the Cavaliers shot 46 percent from the field and just eight of 24 from the three-point line but what killed them was their effort on the boards as they were outrebounded by 65-34.

The Cavaliers have really struggled in their first four games in the post-Lebron era and the Pacers really seem to hold the advantage, especially in Cleveland where they’ve covered in each of the last four meetings. The Pacers are well rested and have covered in nine of their last 12 road games so I’m taking them to keep the Cavaliers winless in this one.