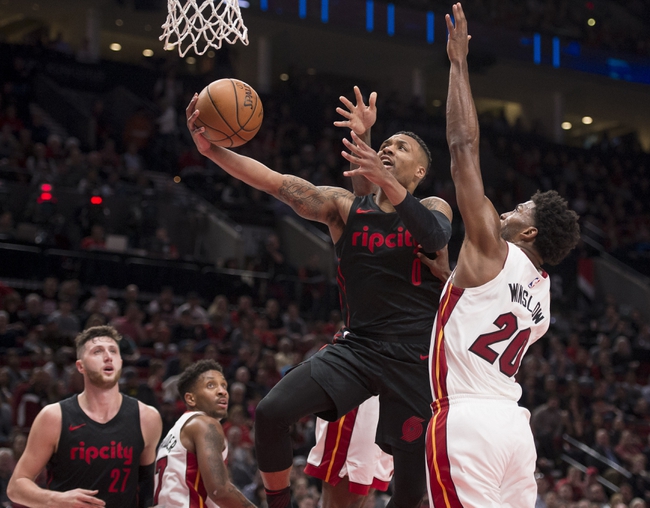 The Portland Trailblazers travel to South Beach to battle the Miami Heat at the American Airlines Arena on Saturday.

The Portland Trailblazers have kicked off their season with three wins in their first four outings and they will be looking to stay hot after blowing past the Magic in a 128-114 road win on Thursday. Damian Lillard led from the front with 41 points, seven rebounds and six assists, CJ McCollum added 22 points while Jusuf Nurkic chipped in with 18 points and 10 rebounds. As a team, the Trailblazers shot a healthy 55 percent from the field and 11 of 27 from the three-point line as they never looked in danger after leading by 14 points late in the third quarter.

Meanwhile, the Miami Heat have split their first four games of the season and they will be aiming to keep it going after taking down the Knicks in a 110-87 home win on Wednesday. Hassan Whiteside led the team with 22 points and 14 rebounds, Josh Richardson added 21 points while Rodney McGruder chipped in with 19 points and five assists. As a team, the Heat shot 47 percent from the field and 13 of 29 from the three-point line but they were in a bit of trouble until they outscored the Knicks by a combined 76-38 in the second and third quarter to cruise to a win.

The Heat haven’t been convincing in their start to the season but they certainly clicked into gear against the Magic in their last outing which makes them dangerous against a Trailblazers team who have hit the ground running with Lillard leading the way. It’s hard to split these two teams, but I’m going with the betting trends which are favouring the Trailblazers who have covered in each of the last five meetings.