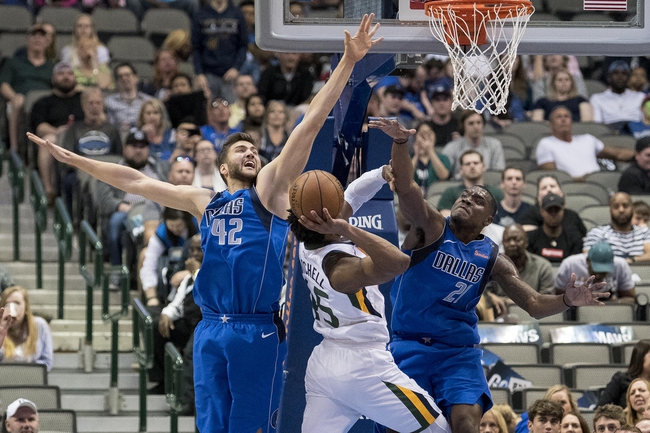 The Utah Jazz and Dallas Mavericks meet Sunday in NBA action at the American Airlines Center.

The Utah Jazz are on the end of a back to back, but they're lightyears the better team here and just beat the hell out of a good Pelicans team Saturday night. The Dallas Mavericks have played their best basketball at home this season, but those two wins came against dysfunctional Minnesota club and the Chicago Bulls, arguably the worst team in the league right now. While loaded with young talent, I'm not giving the Mavs this much respect against one of the best teams out west. I'll lay the bucket with the Jazz, tired legs or not.