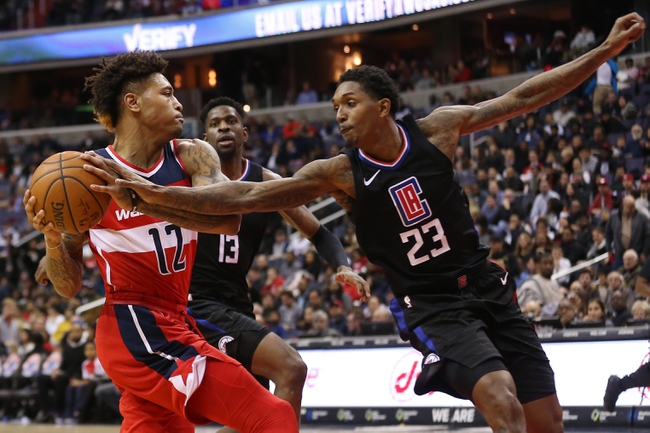 The Los Angeles Clippers play host to the Washington Wizards at the Staples Center on Sunday night.

The Washington Wizards will be getting a little worried as they’ve now lost four of their first five games after falling to the Kings in a 116-112 loss on Friday. John Wall led the team with 26 points and eight assists, Kelly Oubre Jr. added 22 points off the bench while Bradley Beal chipped in with 21 points on six of 19 shooting. As a team, the Wizards shot 46 percent from the field and 14 of 42 from the three-point line but in a close contest, it was the Kings’ Nemanja Bjelica who led a fourth quarter charge with three of his six three-pointers to send the Wizards to 1-4 on the season.

Meanwhile, the Los Angeles Clippers have now won three of their last four games after blowing past the struggling Rockets in a 133-113 road win on Friday. Montrezl Harrell led the team with 30 points on eight of 13 shooting off the bench, Lou Williams added 23 points while Danilo Gallinari chipped in with 16 points. As a team, the Clippers shot a healthy 54 percent from the field and 12 of 23 from the three-point line as they cruised to victory after pouring in 70 points in the first half.

The Wizards have been doing it tough to start the season while the Clippers have hit the ground running with a win over the Thunder followed by two wins over the Rockets. You just get the Wizards are long overdue for a win and taking down the in-form Clippers would steady the ship, but with the line so short, I have to stick with the more reliable Clippers to stay hot with another win here.