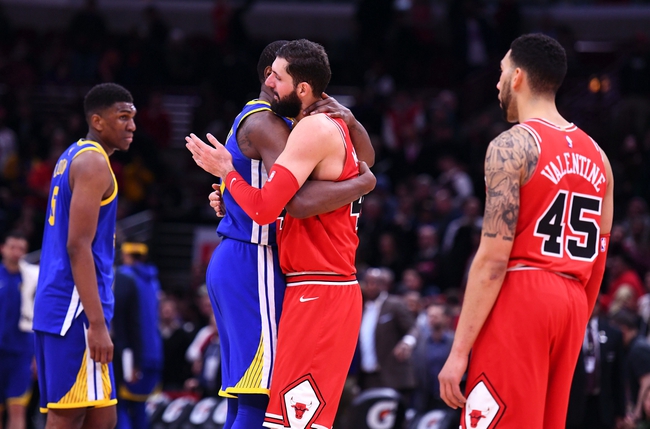 The Golden State Warriors and Chicago Bulls meet Monday in NBA action at the United Center.

The Golden State Warriors seem to be going through an early season funk, as they're winning games but are allowing teams to hang around. We saw it last night against the Nets. It's like the Warriors are toying with teams and creating their own little challeneges to see if they can win a game twice. While it doesn't matter in the standings, the Warriors continue to be a poor team in terms of covering these big numbers. While I don't want to back the Bulls, I'm not laying big chalk with the Warriors, especially on the end of a back to back.