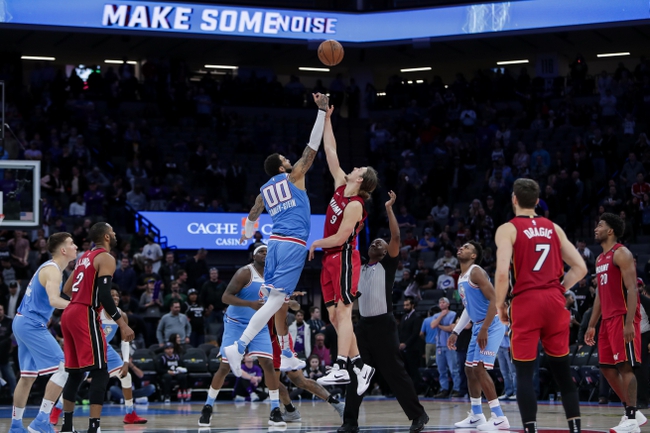 The Sacramento Kings pay a visit to the Miami Heat at the American Airlines Arena on Monday night.

The Sacramento Kings have been playing decent basketball as they’ve won three of their last four games and they will be aiming for a third straight win after beating the Wizards by 116-112 on Friday. Nemanja Bjelica led the team with six three-pointers on his way to 26 points, 12 rebounds and three assists, Buddy Hield added 22 points, De’Aaron Fox scored 18 points with nine assists while Willie Cauley-Stein chipped in with 17 points, 11 rebounds and seven assists. As a team, the Kings shot 46 percent from the field and 14 of 37 from the three-point line but they had to battle until the fourth quarter where they exploded for 37 points thanks largely to Bjelica who drained three of his six three-pointers in the quarter.

Meanwhile, the Miami Heat will also be aiming for a third straight win after taking down the in-form Trailblazers in a 120-111 home win on Saturday. Goran Dragic led the team with 28 points and five assists, Kelly Olynyk and Dwyane Wade each scored 19 points while Rodney McGruder chipped in with 14 points. As a team, the Heat shot 45 percent from the field and 15 of 39 from the three-point line as they held onto win after dominating the first half to lead by 57-42 going into halftime. Defensively, the Heat could do little to stop Damian Lillard who poured in 42 points, but they kept a lid on CJ McCollum who shot just seven of 20 for his 18 points.

The Heat haven’t really clicked into gear yet this season, but their big win over the Trailblazers on Saturday should do wonders for their confidence. The Kings have been playing surprisingly well lately and they’re certainly capable of pulling off the upset on the road here. Looking at the betting trends, the Heat have owned this matchup in recent seasons especially when playing at home, but I think the Kings do enough to at least get the cover in this one.