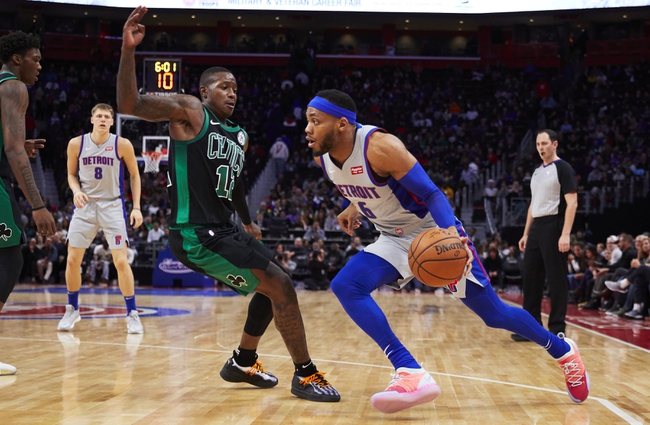 The Detroit Pistons and the Boston Celtics duke it out at the TD Garden on Tuesday night.

The Detroit Pistons hit the ground running with four straight wins to start the season but they’re now looking to bounce back after falling to the Celtics in a 109-89 home loss on Saturday. Andre Drummond led the team with 18 points while Stanley Johnson chipped in with 16 points but no other player finished in double figures as the Pistons shot a miserable 37 percent from the field and seven of 37 from the three-point line. Blake Griffin finished with just seven points on two of 13 shooting while Reggie Jackson finished with just eight points on three of 11 shooting.

Meanwhile, the Boston Celtics have now won four of their first six games following their dominant road win over the Pistons on Saturday. Jaylen Brown led the team with 19 points, Marcus Morris added 18 points while Daniel Theis chipped in with 17 points. As a team, the Celtics shot 45 percent from the field and 14 of 34 from the three-point line as they locked up the win early, dominating the Pistons in the first half to lead by 63-41 going into the halftime break. Gordon Hayward remains on his 25-minute restriction but finished with 15 points while Kyrie Irving is still struggling this season as he scored just three point on one of five shooting.

The Pistons were rolling through their opponents before they hit a brick wall against the Celtics’ defense which was effective in slowing down Griffin and Jackson. However, decent teams usually bounce back in these home and home sets, so with the points spread so hefty I’m leaning towards the Pistons who have covered in six of their last eight road games.