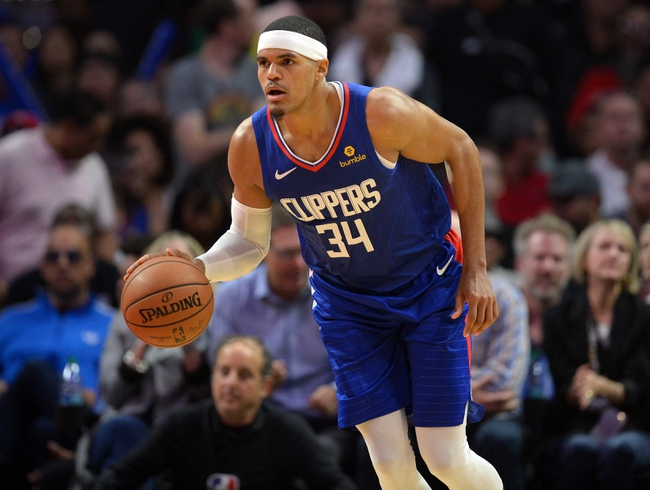 The Los Angeles Clippers travel to the Chesapeake Energy Arena to battle the Oklahoma City Thunder on Tuesday.

The Los Angeles Clippers will be gunning for a third straight win after blowing past the hapless Wizards in a 136-104 rout on Sunday. Tobias Harris led the team with 22 points and 11 rebounds while Lou Williams added 17 points, but it was a real balanced scoring effort as the Clippers had nine players finish in double figures. As a team, the Clippers shot 54 percent from the field and 16 of 29 from the three-point line as they dominated the first half to lead by 69-54 going into the break before pulling away in the second half.

Meanwhile, the Oklahoma City Thunder will be feeling a bit of relief after putting a halt to an ugly four-game skid with a 117-110 home win over the Suns on Sunday. Russell Westbrook steered the offense with 23 points, nine rebounds, seven assists and four steals, Paul George added 23 points with five assists and three steals while Nerlens Noel chipped in with 20 points and 15 rebounds in his start for the injured Steven Adams who was out with a calf injury. As a team, the Thunder shot 50 percent from the field and just seven of 24 from the three-point line but they started the game hot and didn’t slow down until the Suns rallied in the fourth quarter to keep the final score respectable.

The Thunder will be breathing a major sigh of relief after getting their first win of the season, but beating the Suns is hardly anything to be proud of these days. With that being said, the Thunder clearly have the edge when you look at the betting trends, but I think the Clippers have been playing great basketball lately and look like good value as the road underdogs against the Thunder while they're so vulnerable.