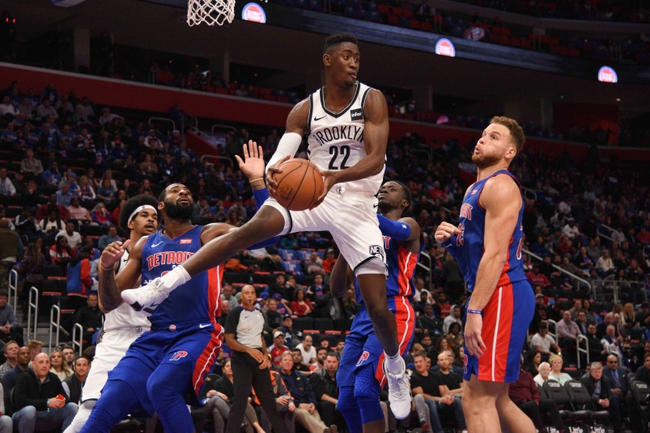 The Detroit Pistons and Brooklyn Nets meet Wednesday in NBA action at the Barclays Center.

I know the Detroit Pistons are on the end of a back to back, but we're getting the better team here and a free bucket. The Brooklyn Nets have been better than we expected defensively up to this point and usually play decent basketball at home, but they're not a team that should be laying chalk often, especially against possible playoff teams. The Pistons have a decent roster and a solid coach leading the way, and they just took the Boston Celtics down to the wire last night. This line is strange, but I rarely turn down free points with the better team in any sport. Not doing it here.