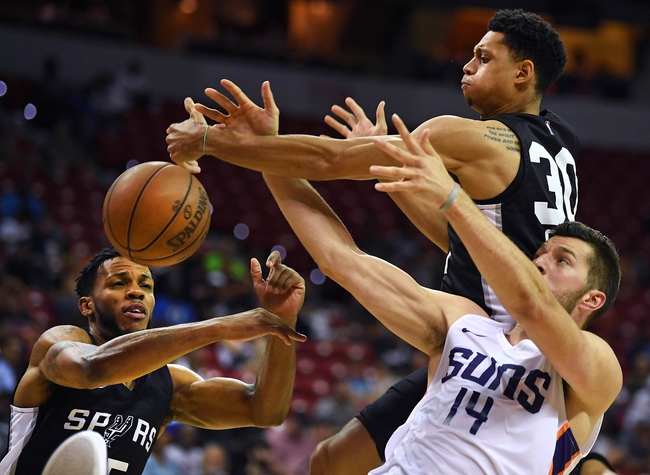 The San Antonio Spurs and the Phoenix Suns duke it out at the Talking Stick Resort Arena on Wednesday.

The San Antonio Spurs will be aiming for a third straight win after sneaking past the Mavericks in a 113-108 overtime win on Monday. DeMar DeRozan led the team with 34 points and nine assists, LaMarcus Aldridge added 20 points with four assists while Rudy Gay chipped in with 15 points, 11 rebounds, four assists and six steals. As a team, the Spurs shot 46 percent from the field and nine of 20 from the three-point line but when it was crunch time, they leaned heavily on the newly-acquired DeRozan who delivered in overtime.

Meanwhile, the Phoenix Suns will be hoping to avoid a sixth straight loss after falling to the Thunder in a 117-110 road loss on Sunday. TJ Warren and Elie Okobo led the team in scoring with 18 points each, DeAndre Ayton added 16 points while Ryan Anderson chipped in with 15 points. As a team, the Suns shot 44 percent from the field and just eight of 27 from the three-point line which wasn’t enough to hang with the Thunder who were desperate for their first win of the season. In fact, the Suns were down by 14 at halftime and down by as many as 20 points before they made a late run to keep the final score respectable.

The Spurs are starting to heat up now and they must be feeling pretty good following back to back narrow wins, so it could be a rough night for the struggling Suns who could again be without Devin Booker who has now missed two straight games with a left hamstring strain. The Spurs are just 2-10 ATS in their last 12 road games, but they are 8-3 ATS in their last 11 against the Suns who will be without their leading scorer in Booker.