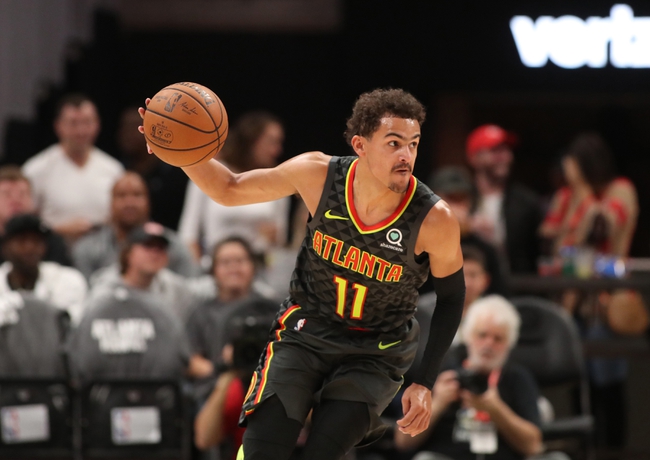 The Atlanta Hawks play host to the upstart Sacramento Kings at the Philips Arena on Thursday night.

The Sacramento Kings have won five of their last six games and they will be gunning for a fifth straight win after beating the Magic in a 107-99 road victory on Tuesday. Buddy Hield led the team with 25 points, 11 rebounds and three assists, Nemanja Bjelica added 21 points while Willie Cauley-Stein and De’Aaron Fox scored 14 points apiece. As a team, the Kings shot 48 percent from the field and eight of 22 from the three-point line but the key to victory was Hield who sparked the team with six points in a 13-2 run to close out the third quarter.

Meanwhile, the Atlanta Hawks have lost five of their first seven games of the season and they will be hoping to snap a three-game skid after falling to the Cavaliers in a 136-114 road loss on Tuesday. Trae Young led the team with 24 points and four assists, while Alex Len added 22 points but the team needed more from Tauerean Prince who shot just three of 12 for his nine points. As a team, the Hawks shot 53 percent from the field and 15 of 35 from the three-point line but they committed 23 turnovers leading to 28 points for the previously winless Cavaliers who outscored them in the second half by 78-57.

The Hawks aren’t playing for the playoffs this season so they’re going to be OK with plenty of losses this season, but that last one to the Cavaliers must’ve hurt. I’m sure we’ll get a big bounce-back performance from Prince and some other Hawks players, but the Kings have been playing great team basketball and I think they get it done as the slight road favorites in this one.