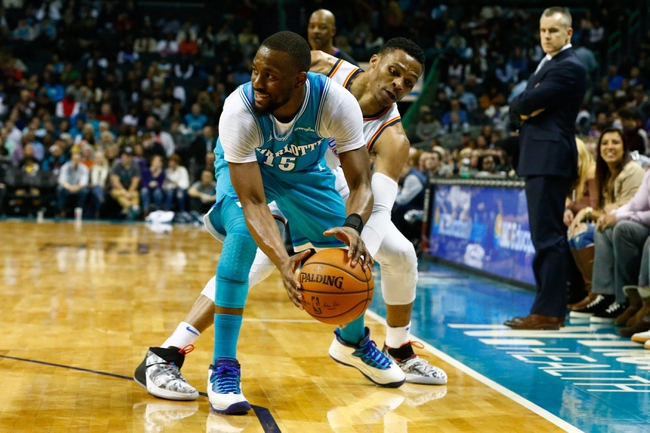 The Oklahoma City Thunder and Charlotte Hornets meet Thursday in NBA action at the Spectrum Center.

The Oklahoma City Thunder seem to be getting back on track now that Westbrook has his legs under him, and the offense has picked up, averaging 122.5 points on 50.8 percent shooting in their last two games. The Charlotte Hornets are better than I expected they'd be so far, but they have yet to play a team from the west, and that's where we can really see how good this team actually is. I'm still on the fence with the Hornets right now. Regardless, we're getting free points with the better team overall. Give me the Thunder and my points.