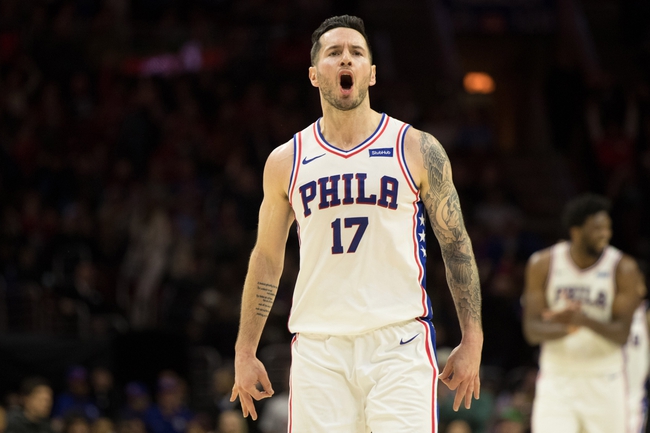 The Los Angeles Clippers pay a visit to the Philadelphia 76ers at the Wells Fargo Center on Thurday night.

The Los Angeles Clippers will be looking to bounce back after having their two-game win streak snapped by the Thunder in a 128-110 road loss on Tuesday. Danilo Gallinari led the team with 27 points, Lou Williams added 17 points off the bench while Tobias Harris chipped in with 15 points. As a team, the Clippers shot 47 percent from the field and seven of 20 from the three-point line to take a 13-point lead going into halftime, but the Thunder absolutely dominated the third quarter and outscored them by 39-10 to run away with it.

Meanwhile, the Philadelphia 76ers were also enjoying a two-game win streak before getting routed by the Raptors in a 129-112 road loss on Tuesday. Joel Embiid led the team with 31 points, 11 rebounds and four assists, Robert Covington added 15 points while JJ Redick chipped in with 13 points off the bench. As a team, the 76ers shot just 41 percent from the field and 14 of 40 from the three-point line but what really killed them was their 23 turnovers which led to 29 points for the Raptors. Ben Simmons flirted with a triple-double as he racked up 11 points with eight rebounds and 10 assists, but he also finished with 11 turnovers.

It looks like we have a pretty even matchup as we have a couple of four-win teams looking to bounce back after getting blown out on the road. Turnovers meant that the 76ers were always trailing in their loss to the Raptors and I expect Simmons to bounce back with a big game here but I wouldn’t be surprised if the Clippers won outright as they have been playing well and looked great until that third quarter against the Thunder. It’s a close one, but the 76ers have covered the spread in the each of the last five meetings and with home court advantage, I think they make it six here.