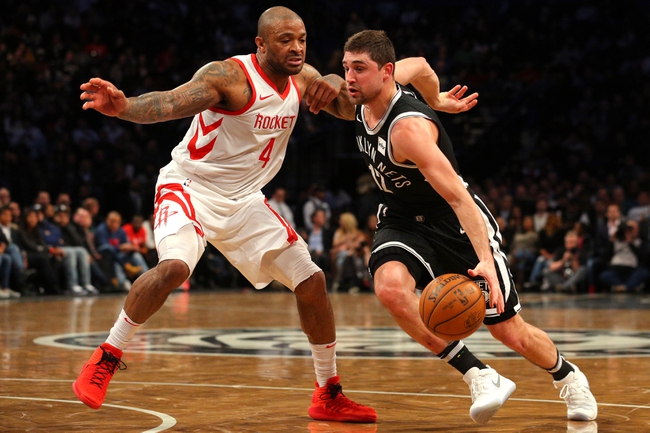 The Houston Rockets and the Brooklyn Nets duke it out at the Barclays Center on Friday night.

The Houston Rockets will be desperate for a win as they are hoping to snap a four-game skid after falling to the Trailblazers in a 104-85 home loss on Tuesday. Chris Paul led the team with 17 points and nine assists, Clint Capela added 14 points with 14 rebounds while Eric Gordon chipped in with 12 points on four of 18 shooting. As a team, the Rockets shot a miserable 32 percent from the field and 10 of 43 from the three-point line as they struggled to keep pace with the Trailblazers after falling behind by 51-36 going into the halftime break. James Harden sat out his second straight game with a strained hamstring and he isn’t expected to return until Saturday despite going through a full practice on Thursday.

Meanwhile, the Brooklyn Nets were able to arrest a three-game slide with a hard-fought 120-119 overtime win over the Pistons on Wednesday. Spencer Dinwiddie led the team with a season-high 25 points off the bench, Joe Harris added a season-high 23 points, Caris LeVert scored 19 points while Jarrett Allen chipped in with 14 points. As a team, the Nets shot 42 percent from the field and 12 of 38 from the three-point line but they rallied behind Dinwiddie to pull off the comeback after trailing by 10 points late in the third quarter.

The Rockets will likely be without Harden for this game, but a win here would do wonders for the confidence of the team who haven’t looked anything like the team who had the best overall record last season. The Nets haven’t exactly been world beaters themselves, but they’ve been competitive in their losses and are coming off a solid overtime win in their last outing. The Rockets really need this win to steady the ship, but it’s hard to back them the way they’ve been playing so I’m leaning towards the Nets to pull off the minor upset at home.