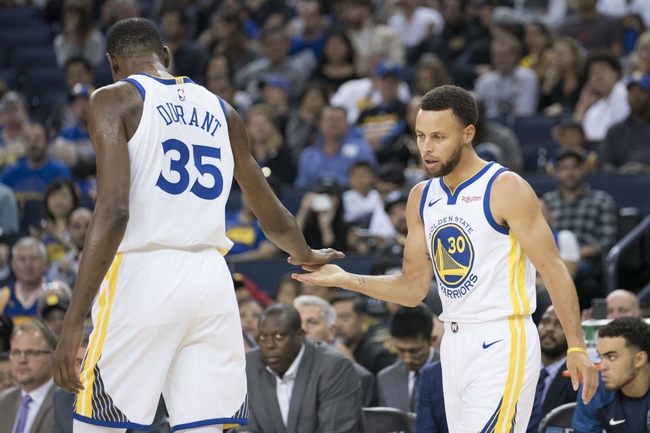 The Minnesota Timberwolves and the Golden State Warriors collide at the Oracle Arena on Friday night.

The Minnesota Timberwolves will be aiming for a third straight win after sneaking past the Jazz in a thrilling 128-125 home win on Wednesday. Karl-Anthony Towns racked up 28 points with 16 rebounds and four assists while Andrew Wiggins added 19 points but the night belonged to Derrick Rose who exploded for a career-high 50 points on 19 of 31 shooting. As a team, the Timberwolves shot a healthy 58 percent from the field and 12 of 25 from the three-point line as they leaned heavily on Rose who picked up the slack as Jeff Teague and Tyus Jones were out with injuries while Jimmy Butler was rested.

Meanwhile, the Golden State Warriors have hit the ground running this season as they’ve won eight of their first nine games and they will be gunning for a seventh straight win after taking down the Pelicans in a 131-121 home win on Wednesday. Stephen Curry has been on a tear all season and led the way with 37 points and nine assists, Kevin Durant added 24 points with eight assists, Klay Thompson chipped in with 18 points while Draymond Green racked up 16 points with 14 rebounds and eight assists. As a team, the Warriors shot 52 percent from the field and 16 of 32 from the three-point line the real spark plug for the team was once again Curry who drained seven three-pointers.

Butler is expected to return for the Timberwolves but Teague is currently listed as questionable which means we could be in for another big night from Rose if he can wind back the clock again. With that being said, the Warriors have yet to lose in three home games this season and they’ve been on an absolute tear lately as they’ve won by an average of 18.5 points during their six-game win streak. The Timberwolves have covered in nine of the last 13 meetings overall, but I’m not stepping in front of these red-hot Warriors at home.