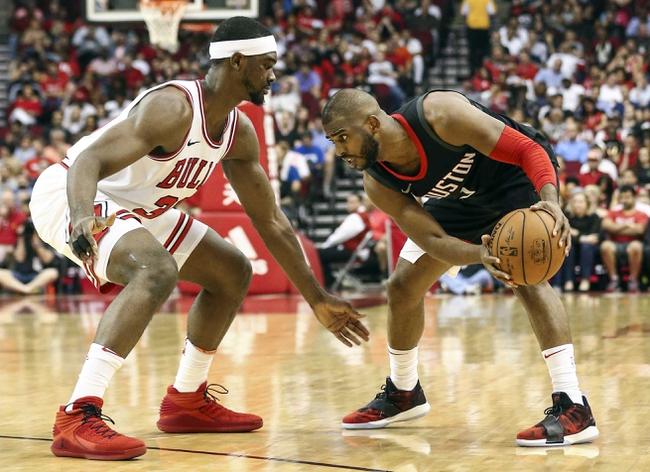 The Houston Rockets and Chicago Bulls meet Saturday in NBA action at the United Center.

The Chicago Bulls have been one of the worst defensive teams in the league out of the gate, and they're now getting a Houston Rockets team that found something in Brooklyn last night and gets back James Harden. Assuming the Rockets play a lick of defense, they should be able to run away with this contest. So, I'll lay the chalk.