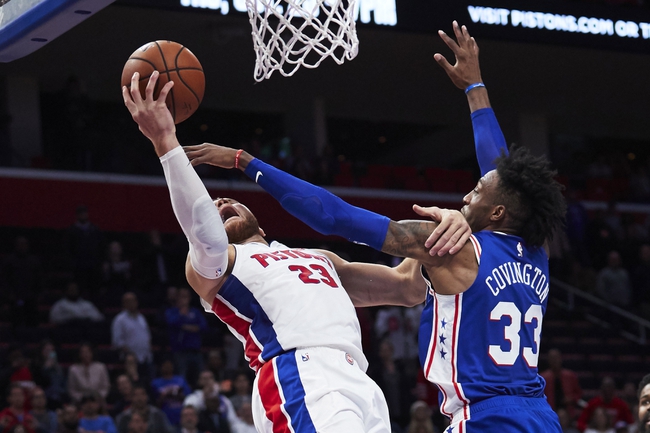 The Detroit Pistons and Philadelphia 76ers meet Saturday in NBA action at the Wells Fargo Center.

The Detroit Pistons have already beaten the Philadelphia 76ers this season and the past 10 meetings have been split down the middle. The 76ers have been winning games, but they're not shooting well from the field and have covered just three of their first nine games this season. This is also a very early game by NBA standards, which usually results in sloppy play and close results. I want the points in my pocket for this contest.