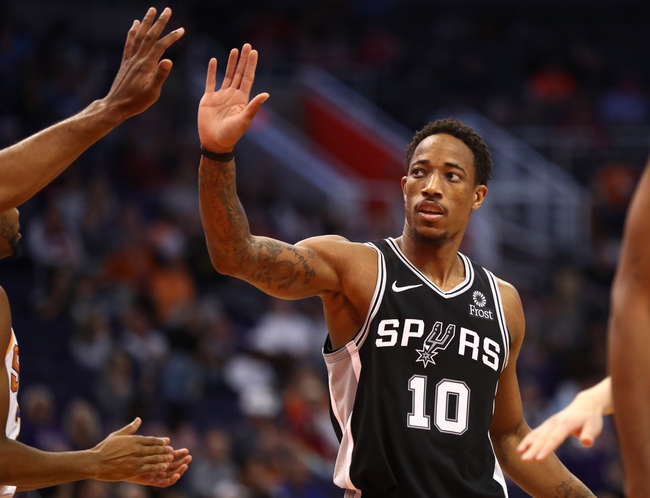 The New Orleans Pelicans and the San Antonio Spurs collide at the AT&T Center on Saturday night.

The New Orleans Pelicans kicked off their season with four straight wins but now they’re hoping to snap a four-game skid after getting blown out by the Trailblazers in a 132-119 road loss on Thursday. Julius Randle led the team with 29 points off the bench, E’Twaun Moore added 19 points, Nikola Mirotic scored 18 points while Jrue Holiday chipped in with 17 points and 10 assists. As a team, the Pelicans shot 42 percent from the field and eight of 29 from the three-point line as they placed well to keep pace despite missing their leader in Anthony Davis, but there was no coming back once the Trailblazers went on a decisive 15-4 run early in the fourth quarter.

Meanwhile, the San Antonio Spurs have won five of their first seven games of the season and they will be aiming for a fourth straight win after blowing past the lowly Suns in a 120-90 road win on Wednesday. DeMar DeRozan scored 20 of his 25 points in the first half, LaMarcus Aldridge added 24 points on 10 of 13 shooting while Marco Belinelli chipped in with 14 points. As a team, the Spurs shot 55 percent from the field and just four of 18 from the three-point line but this game was never in doubt as the Spurs stormed out of the gates to lead by 21 points going into halftime.

It’s no coincidence that the Pelicans’ recent slump coincides with the injury to Anthony Davis who has missed three of the last four games and the news is that he is currently listed as questionable for Saturday. The Spurs were a little slow to start the season but they’ve picked up their play with DeRozan leading the scoring. The Pelicans really struggled in their last three games that Davis has missed and I think this meeting will be no different.