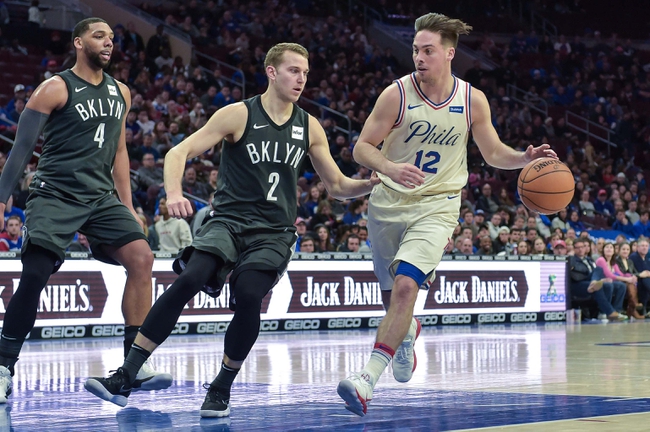 The Philadelphia 76ers and Brooklyn Nets meet Sunday in NBA action at the Barclays Center.

The Philadelphia 76ers have yet to play their best basketball of the season and have really had issues on the road, but they're easily the better team over the Brooklyn Nets and probably should be heavier favorites than what they are currently. The Nets can be sneaky good at home, but they have had issues scoring this season at times and have lost seven of the last 10 meetings against the 76ers. I'll lay the small chalk with the road team.