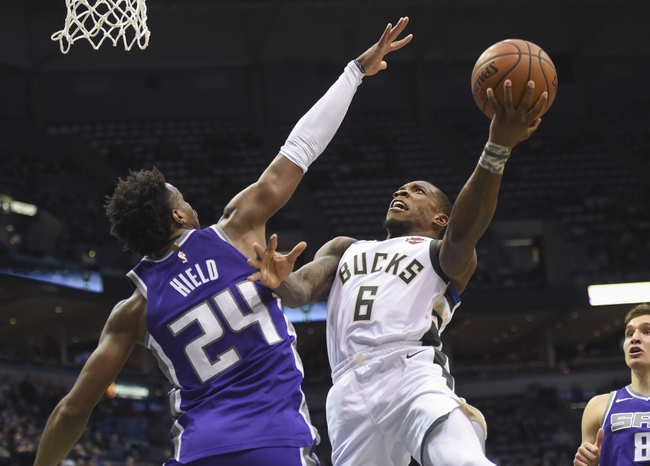 The Sacramento Kings travel to the Fiserv Forum to take on the Milwaukee Bucks on Sunday night.

The Sacramento Kings were a little slow to start the season but they’ve been in great form lately and will be aiming for a sixth straight win after blowing past the Hawks in a 146-115 road win on Thursday. De’Aaron Fox led the team with a monster triple-double of 31 points with 10 rebounds and 15 assists, Buddy Hield added 27 points while Nemanja Bjelica chipped in with 19 points. As a team, the Kings shot 54 percent from the field and 14 of 35 from the three-point line as they dominated the Hawks by 46-23 in the third quarter to take an unassailable 28-point lead going into the fourth quarter.

Meanwhile, the Milwaukee Bucks kicked off the season with seven straight wins but they will be looking to bounce back now after falling to the Celtics in a 117-113 road loss on Thursday. Giannis Antetokounmpo led the team with 33 points and 11 rebounds, Khris Middleton and Malcolm Brogdon each scored 16 points while Eric Bledsoe chipped in with 13 points and seven assists. As a team, the Bucks shot 48 percent from the field and nine of 29 from the three-point line while holding a significant 62-22 advantage in points in the paint, but it still wasn’t enough to overcome the Celtics who set a franchise record for three-pointers in a match with 24.

The Bucks were rolling through teams before getting stopped on the road by the Celtics, but even with the Celtics draining a ridiculous 24 threes, the Bucks were still within one point in the final minute of the fourth quarter. The Kings have been flying under the radar lately, but there’s no denying that they’ve been one of the form teams in the league lately. With that being said, I think the Bucks get back to winning ways in this one, but this seems like too many points to be giving these red-hot Kings.