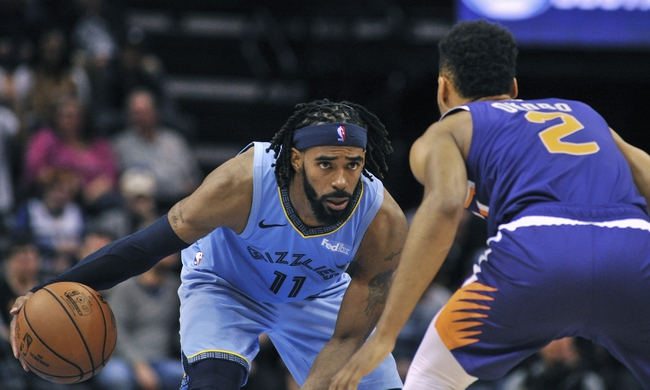 The Memphis Grizzlies pay a visit to the Phoenix Suns at the Talking Stick Resort Arena on Sunday night.

The Memphis Grizzlies have won five of their first seven games of the season and they will be gunning for a fourth straight win after taking down the shorthanded Jazz in a 110-100 road win on Friday. Mike Conley led the team with 28 points and five assists, Shelvin Mack added 19 points off the bench while Marc Gasol racked up 17 points with 10 rebounds, seven assists and four steals. As a team, the Grizzlies shot 50 percent from the field and 13 of 26 from the three-point line but they couldn’t really gain the ascendancy until the second half where they outscored the Jazz by 57-40. To be fair, the Jazz were without their leading scorer in Donovan Mitchell which was obviously a big loss.

Meanwhile, the Phoenix Suns just haven’t been able to buy a win lately and they will be hoping to snap a seven-game skid after falling to the Raptors in a 107-98 home loss on Friday. Isaiah Canaan led the team in scoring with 19 points, Devin Booker added 18 points with six assists while DeAndre Ayton chipped in with 17 points and 18 rebounds. As a team, the Suns shot 44 percent from the field and eight of 26 from the three-point line but they were competitive for most of the game until the Raptors used a 14-2 run in the fourth quarter to pull away late.

Head to head, the home team is 6-1 ATS in the last seven meetings and the under is 11-3 in the last 14 meetings in Phoenix.

The Grizzlies have quietly been one of the more consistent teams in the league so far and they’ve already defeated the Suns by 117-96 back on Oct 27. The Suns were without their leading scorer in Booker who was dealing with a hamstring strain, but he is expected to suit up for this one which should make for a more even contest. With that being said, the Suns have lost their last seven games by an average of 19 points so I’m still staying with the Grizzlies to stay hot with another win and cover here.