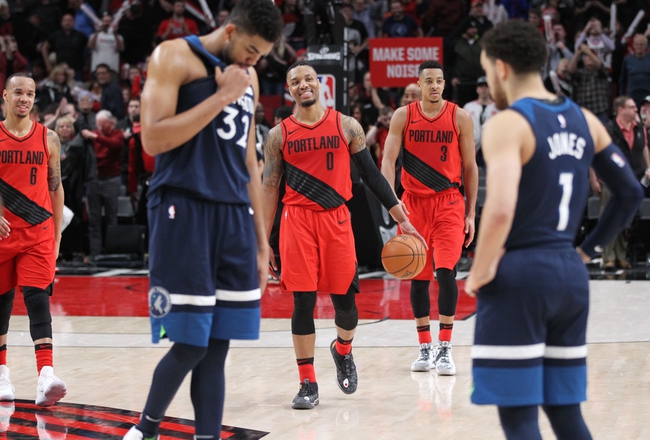 The Minnesota Timberwolves and Portland Trail Blazers meet Sunday in NBA action at the Moda Center.

The Portland Trail Blazers should be eager for a bounce back performance after wetting the bed against the Los Angeles Lakers. The Minnesota Timberwolves continue to be a mess, as there's a black cloud over this franchise and you never know what you're going to get from others when Jimmy Butler is around. The Timberwolves also have two bange dup point guards. I'll lay the reasonable chalk with the Trail Blazers.