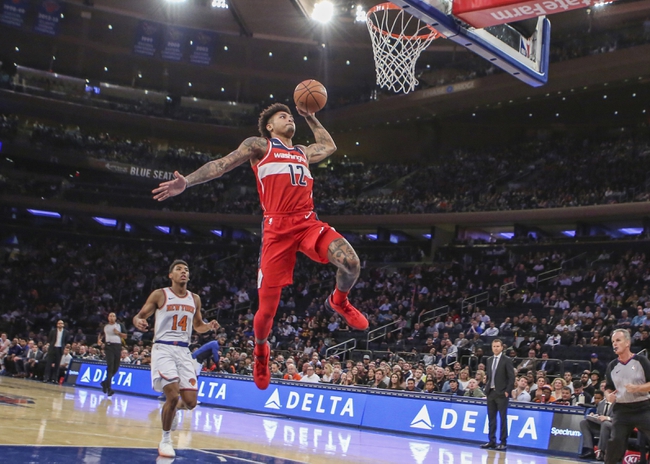 The New York Knicks travel to the nation’s capital to battle the Washington Wizards at the Capital One Arena on Sunday.

The New York Knicks have been slow to start the season but they will be looking for a third win in four games after beating the Mavericks in a 118-106 road win on Friday. Allonzo Trier led the team in scoring with a career-high 23 points off the bench, Tim Hardaway Jr. added 18 points while Enes Kanter chipped in with 13 points. As a team, the Knicks shot 54 percent from the field and seven of 29 from the three-point line as they dominated the third quarter by 33-18 to set up the easy win after trailing by three points at halftime. Seven Knicks players finished in double figures in scoring while rookie Mitchell Robinson finished with a double-double of 13 points and 10 rebounds.

Meanwhile, the Washington Wizards have been in a world of hurt as they’ve lost seven of their first eight games and they will be hoping to snap a five-game skid after getting blown out by the Thunder in a 134-111 home loss on Friday. Bradley Beal led the team with 27 points on 10 of 16 shooting, Dwight Howard added 20 points on seven of eight shooting while John Wall chipped in with 19 points and nine assists. As a team, the Wizards shot 51 percent from the field and nine of 30 from the three-point line but once again it was their defense which let them down as they were always fighting a losing battle after getting outscored by 44-20 in a disastrous second quarter.

These two teams met three times last season with the Wizards winning the series by 2-1 but we just don’t know what we’re going to get this season. It’s not surprising that the Wizards have opened as favorites at home against this shorthanded Knicks team, but it’s hard to back them against anyone the way they’ve been playing. A win here would do wonders for the Wizards who are long overdue, but I think the value is with the Knicks and the points in this one.