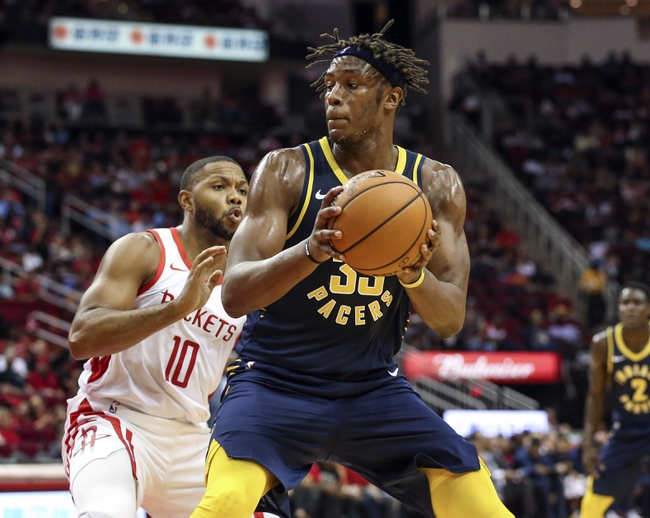 The Houston Rockets and the Indiana Pacers do battle at Bankers Life Fieldhouse on Monday night.

The Houston Rockets started their season with five losses in their first six games but things are looking a little better now as they are aiming for a third straight win after taking down the Bulls in a 96-88 road win on Saturday. James Harden led the team with 25 points and seven assists, Carmelo Anthony provided the spark off the bench with 17 points, James Ennis added 15 points while Clint Capela chipped in with 12 points. As a team, the Rockets shot 42 percent from the field and 13 of 42 from the three-point line but they put together their best defensive game of the season as they held the Bulls to just seven points in the third quarter to set up the win.

Meanwhile, the Indiana Pacers have been in great form as they’ve won five of their last six games and they will be gunning for a fourth straight win after sneaking past the Celtics in a 102-101 home win on Saturday. Victor Oladipo led the team with 24 points, 12 rebounds and three assists, Tyreke Evans added 17 points off the bench while Bojan Bogdanovic chipped in with 16 points. As a team, the Pacers shot just 41 percent from the field and 11 of 32 from the three-point line but they were able to stay composed in a tight contest before Oladipo came up big in the clutch with a three-pointer with just 3.4 seconds left on the clock.

Things could be turning around for the Rockets who have endured a rough start to the season, but it’s hard to get too excited about wins over the Nets and the Bulls. The Pacers have certainly been the team in better form and they’ll be full of confidence following their thrilling win over the Celtics. The Rockets could certainly pull off the minor upset here, but the Pacers have been on a roll lately and they’ve covered in nine of the last 12 home meetings against the Rockets, so that’s where I’m leaning in this one.