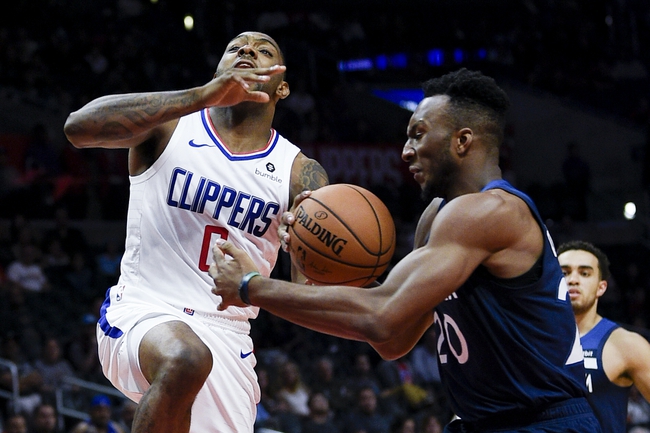 The Minnesota Timberwolves and Los Angeles Clippers meet Monday in NBA action at the Staples Center.

I've said it from the beginning of the season that I'm not looking to get behind the Minnesota Timberwolves given the black cloud that's over them, and they're not playing good basketball at all. Trading Jimmy Butler may help fix some of these issues, but either way, the Timberwolves look like a team that's not happy playing together. The Clippers are starting to heat up. I'll lay the buckets with the home team. Backing Minnesota isn't an option right now.