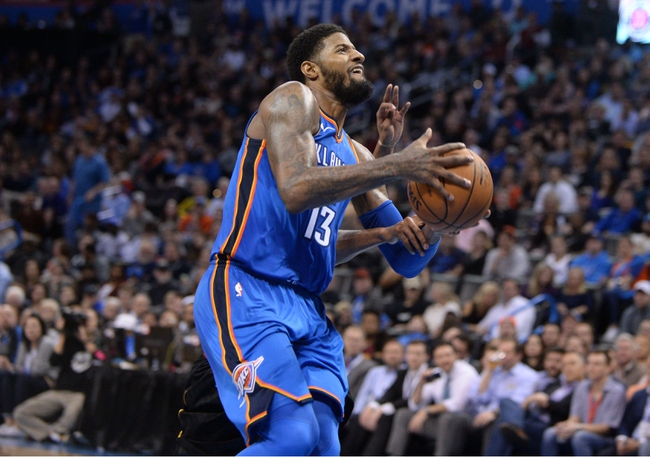 The Oklahoma City Thunder travel to the Quicken Loans Arena to battle the Cleveland Cavaliers on Wednesday.

The Oklahoma City Thunder lost their first four games of the season but have bounced back in fine fashion with five straight wins after taking down the Pelicans in a 122-116 home win on Monday. Paul George led the team with 23 points, eight rebounds and four steals, Dennis Schroder added 22 points off the bench, Steven Adams added 18 points while Russell Westbrook chipped in with 17 points and nine assists. As a team, the Thunder shot 48 percent from the field and 10 of 27 from the three-point line as they rallied in the fourth quarter to run away with it after a hot start in which they made nine of their first 10 shots. Unfortunately, the win came at a cost as Westbrook left the game with an ankle sprain which means he won’t play Wednesday.

Meanwhile, the Cleveland Cavaliers have lost nine of their first 10 games of the season and they will be hoping to avoid a third straight defeat after falling to the Magic in a painful 102-100 road loss on Monday. George Hill led the team with 22 points and six assists on 10 of 12 shooting, Tristan Thompson added 19 points with 16 rebounds while Jordan Clarkson and JR Smith chipped in with 14 points each. As a team, the Cavaliers shot 51 percent from the field and 10 of 23 from the three-point line as they looked to have the game in hand when they led by 100-95 with less than 30 seconds on the clock before the Magic stole the game with a decisive 7-0 run capped by the winner from Evan Fournier at the buzzer.

The Thunder were dealt a cruel blow on Monday when they lost Westbrook to what looks like a high ankle sprain, but they’ve been in great form and have a more than capable backup point guard in Schroder. The Cavaliers haven’t been able to buy a win lately and they will be kicking themselves after stumbling against the Magic in their last outing. This could be a good spot for the Cavaliers to sneak away with the upset at home, but I think the Thunder do enough here with George leading the way.