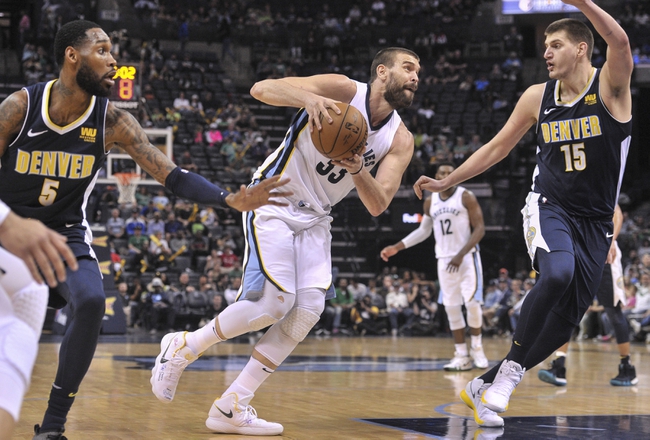 The Denver Nuggets and Memphis Grizzlies meet Wednesday in NBA action at the FedEx Forum.

The Memphis Grizzlies are playing decent ball right now, but they struggle against the younger teams who score a ton and can push the pace for 48 minutes. It's been like that for years and is a theory that has made us a lot of money over the years. Besides, the Denver Nuggets are simply lighting it up right now and don't seem to be slowing down any time soon. I'll lay the small chalk, as the younger Nuggets should wear down the older Grizzlies.