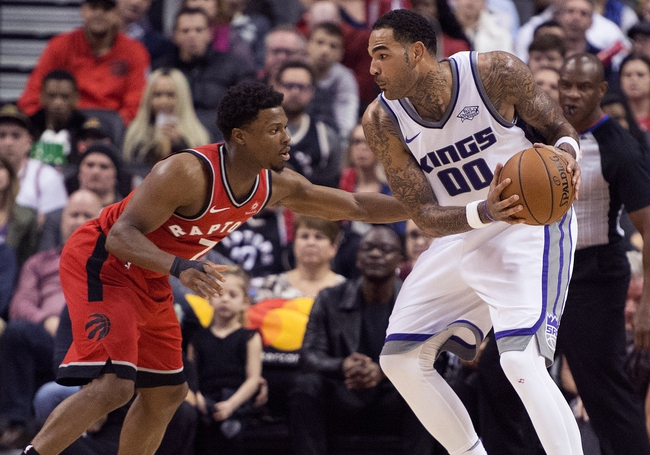 The Toronto Raptors pay a visit to the Sacramento Kings at the Golden 1 Center on Wednesday night.

The Toronto Raptors have been on a tear to start the season as they’ve won 10 of their first 11 games and they will be gunning for a fifth straight win after cruising past the Jazz in a 124-111 road win on Monday. With Kawhi Leonard rested for the game, others needed to pick up the slack and that’s exactly what they did as Kyle Lowry, OG Anunoby and Fred VanVleet all scored 17 points while Pascal Siakam chipped in with 16 points. As a team, the Raptors shot a healthy 57 percent from the field and 13 of 33 from the three-point line as they dominated after the first quarter to lead by as many as 26 points before the Jazz rallied late in the fourth quarter to keep the final score respectable.

Meanwhile, the Sacramento Kings will be aiming to bounce back after having their five-game win streak snapped by the Bucks in a 144-109 road loss on Sunday. Justin Jackson led the team with 22 points off the bench, Buddy Hield added 19 points while De’Aaron Fox chipped in with 15 points. As a team, the Kings shot 44 percent from the field and 14 of 36 from the three-point line but they were always fighting a losing battle after falling behind by 72-50 going into halftime. There was just no stopping the Bucks’ Giannis Antetokounmpo who racked up a triple-double before the start of the fourth quarter.

Head to head, the under is 6-0 in the last six meetings and the Raptors are 5-12 ATS in the last 17 meetings in Sacramento.

The Kings must’ve been feeling pretty good about themselves after beating the Hawks by 31 points for their fifth straight win, but their momentum came to a screeching halt against the Bucks who torched them by 35 points. A win here would be massive for the Kings but I’m afraid they could be in for another rough night as the Raptors have been on fire lately and they will have Leonard for this meeting after he sat out on Monday.