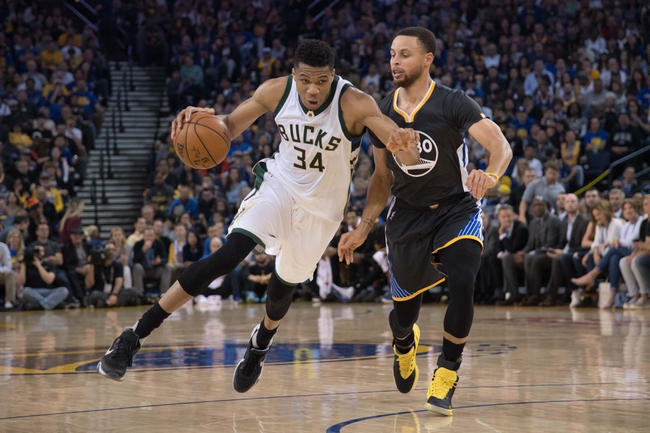 The Milwaukee Bucks and Golden State Warriors meet Thursday in NBA action at the Oracle Arena.

The one thing the Golden State Warriors have struggled with over the years is pace and length, as they have issues with long defensive teams and can't get into a consistent offensive rhythm against slower teams. The Warriors had their issues with the Nuggets in that sort of style and should have lost to the Utah Jazz in the second game of the season. The Milwaukee Bucks are as long and great defensively as any team in the league and have actually beaten the Warriors twice in the last six meetings. The Warriors will also be without Draymond Green and Shaun Livingston for this contest. Give me the points.