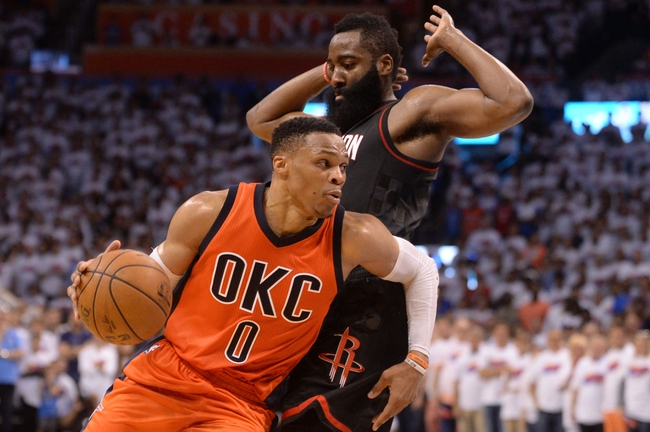 I really want to take the Oklahoma City Thunder and the points, as getting them as a home dog is always intruging given that they have one of the better home crowds in the league. The problem is I don't think Westbrook plays, and neither do oddsmakers given this line. That means an undermaned OKC squad that shot poorly last night has to play on the end of a back to back without its best player. The Houston Rockets are showing signs of turning things around and have won seven of the last 10 meetings against the Thunder. So, assuming Westbrook doesn't play, I have to side with the Rockets and the reasonable chalk.