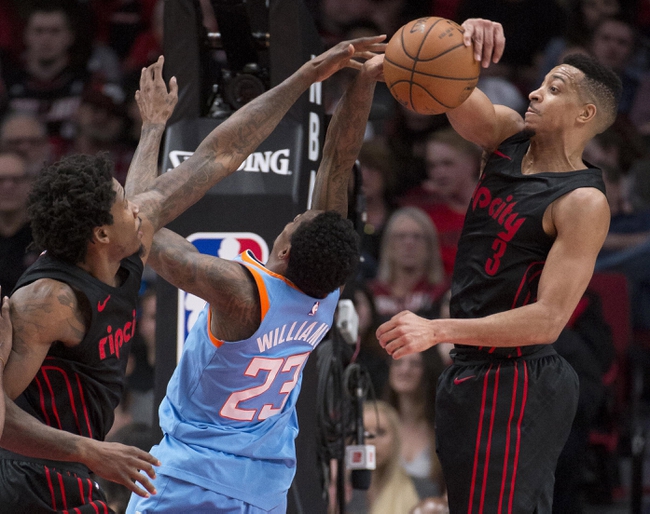 The Portland Trailblazers play host to the Los Angeles Clippers at the Moda Center on Thursday night.

The Los Angeles Clippers have won six of their first 10 games and they will be gunning for a third straight win after taking down the Timberwolves in a 120-109 home win on Monday. Danilo Gallinari and Tobias Harris each scored 22 points, Lou Williams added 20 points with six assists while Montrezl Harrell chipped in with 13 points. As a team, the Clippers shot healthy figures of 49 percent from the field and 14 of 31 from the three-point line while holding the Timberwolves to just five of 21 shooting from the three-point line. The Clippers lost their first home game which was the season opener, but they’ve since won four straight at home to improve to 6-4 overall.

Meanwhile, the Portland Trailblazers have been in great form as they’ve won five of their last six games and they will be aiming for a third straight win after beating the Bucks in a 118-103 home win on Tuesday. CJ McCollum led the team with a season-high 40 points on 17 of 26 shooting, Evan Turner added 16 points with 11 rebounds and four assists while Damian Lillard chipped in with just 13 points on five of 15 shooting. As a team, the Trailblazers shot 52 percent from the field and 17 of 43 from the three-point line as they outlasted the red-hot Bucks who came into the contest with eight wins from nine games. On the defensive end, the Trailblazers could do little to slow down Giannis Antetokounmpo, but they did a great job of limiting the backcourt duo of Eric Bledsoe and Malcolm Brogdon to a combined nine points on four of 20 shooting.

The Clippers have been in solid form and are capable of pulling off the upset, but they're only 2-5 ATS in their last sveen road games which is a concern. On the other side we have the Trailblazers who have been red-hot lately and they will be feeling pretty good about themselves after knocking off the Bucks at home. This could go either way, but there's no way I'm standing in front of the Blazers while they're playing this well at home.