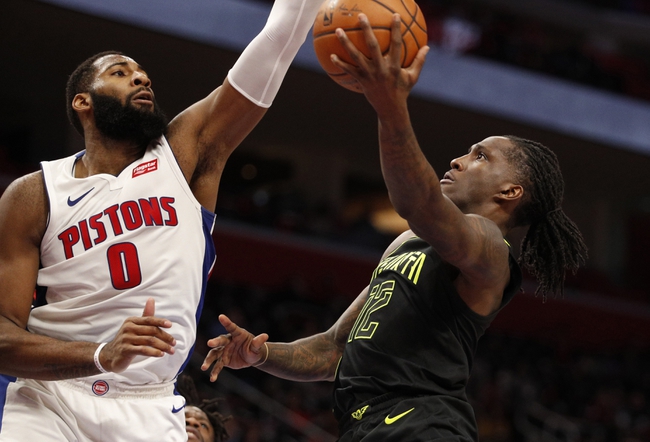 The Atlanta Hawks play host to the Detroit Pistons at the State Farm Arena on Friday night.

The Detroit Pistons will be breathing a little sigh of relief after snapping an ugly five-game skid with a hard-fought 103-96 win at Orlando on Wednesday. Andre Drummond led the team with a monster double-double of 23 points with 19 rebounds, Blake Griffin added 20 points while Reggie Jackson chipped in with 15 points and four assists. As a team, the Pistons shot 41 percent from the field and 11 of 37 from the three-point line but after falling behind by 15 points in the first quarter and by 11 points in the third quarter, it was their defense that was key to the win as they held the Magic to just 16 points in the fourth quarter to run away with it.

Meanwhile, the Atlanta Hawks have lost six of their last seven games and they will be hoping to avoid a third straight defeat after falling to the Knicks in a 112-07 home loss on Wednesday. Rookie Omari Spellman led the team with 18 points, 10 rebounds and four assists, Kent Bazemore and Taurean Prince each scored 16 points while Trae Young chipped in with 15 points and eight assists. As a team, the Hawks shot 40 percent from the field and 11 of 38 from the three-point line but they could only get within four points after the getting outscored by 35-18 in the third quarter.

The Pistons have really cooled off since their hot start to the season where they reeled off four straight wins, but they’ve settled the ship with their win over the Magic and will be looking to start another win streak in this one. The Hawks are capable of pulling off the upset, but they’ve lost six of their last seven and are still the only team to lose to the Cavaliers this season. With that being said, the Pistons are 9-3 ATS in their last 12 road games and I think they take care of business in this one.