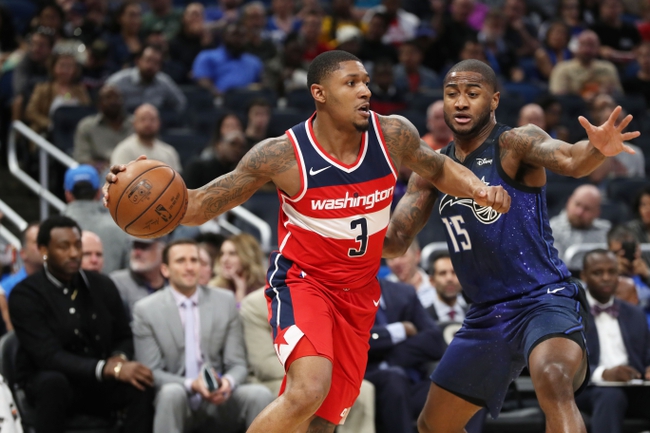 The Washington Wizards and the Orlando Magic duke it out at the Amway Center on Friday night.

The Washington Wizards have endured a rough start to the season as they’ve lost eight of their first 10 games and they will be hoping to bounce back after falling to the Mavericks in a 119-100 road loss on Tuesday. John Wall led the team with 24 points and 10 assists while Bradley Beal and Otto Porter Jr. each scored 19 points but no other player scored more than eight points as the Wizards shot just 42 percent from the field and 11 of 35 from the three-point line. However, the real problem remains on the defensive end as the Wizards’ league-worst rebounding was on display again as they were outrebounded by 50-32 and they were always fighting an uphill battle after allowing 70 points in the first half.

Meanwhile, the Orlando Magic have been travelling a little better than the Wizards, but they too will be looking to bounce back after having their two-game win streak snapped by the Pistons in a 103-96 home loss on Wednesday. Evan Fournier led the team with 27 points on 12 of 19 shooting, DJ Augustin added 16 points with seven assists while Aaron Gordon racked up 15 points with 10 rebounds and six assists. As a team, the Magic shot 46 percent from the field and nine of 27 from the three-point line as they played well to build an 11-point lead in the third quarter, but they managed just 16 points in the fourth quarter, allowing the Pistons to steal the game late.

No one needs a win more than the Wizards but they’re last in the league in rebounding and third last in points allowed which is tough to overcome on a nightly basis. If the Wizards are serious about making a run in these playoffs, these are the types of games they need to be winning, but the Magic have played pretty well in their last three games and they represent good value as home underdogs in this one.