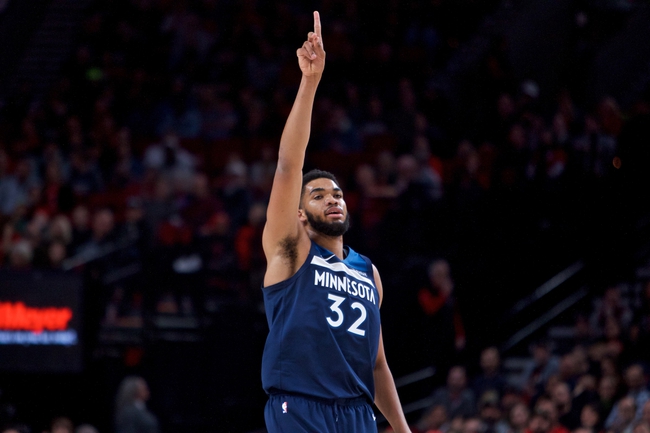 The Minnesota Timberwolves invade the Golden 1 Center to battle the Sacramento Kings on Friday night.

The Minnesota Timberwolves have been in rough form as they’ve lost six of their last eight games and they will be hoping to avoid a fifth straight defeat after falling to the Lakers in a 114-110 road loss on Wednesday. Derrick Rose led the way with seven three-pointers on his way to 31 points with five assists, Jimmy Butler added 24 points with five assists while Andrew Wiggins chipped in with 19 points and five assists. As a team, the Timberwolves shot 45 percent from the field and a sizzling 20 of 40 from the three-point line, but they still couldn’t get over the hump against the desperate Lakers. Taj Gibson could be in for increased minutes after racking up 16 points with 11 rebounds and three assists but the Timberwolves needed more from Karl-Anthony Towns who finished with just 13 points on five of 16 shooting.

Meanwhile, the Sacramento Kings  have really cooled off since they’re five-game win streak as they’re now hoping to avoid a third straight defeat following Wednesday’s 114-105 loss to the Raptors. Willie Cauley-Stein and Buddy Hield led the team in scoring with 24 points apiece, De’Aaron Fox added 20 points with four assists while Marvin Bagley III chipped in with 13 points off the bench. As a team, the Kings shot 47 percent from the field and eight of 23 from the three-point line but they still couldn’t hang with the Raptors despite forcing them into 23 turnovers. With the loss, Sacramento fell to 6-5 overall and 2-2 at home.

(COME CHECK OUT IF WE HAVE ANY PLAYERS FROM THIS MATCH-UP IN OUR DFS FANDUEL OR DRAFTKINGS LINEUPS TONIGHT!)

The Kings were flying high during their five-game win streak but have come back to Earth with back to back losses so this looks like a good spot for the Timberwolves to get back on track with a much-needed road win. However, the Timberwolves are still only 9-23 ATS in their last 32 road games and the Kings are 9-4 ATS in the last 13 meetings so I’m sticking with the Kings to pull off the minor upset at home in this one.