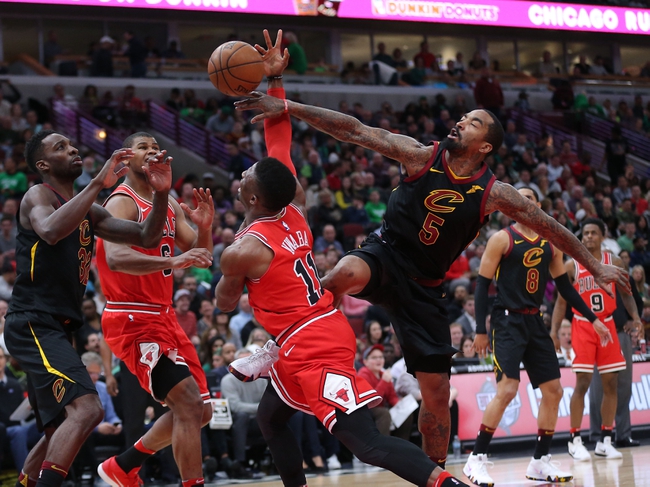 The Chicago Bulls and the Cleveland Cavaliers duke it out at the United Center on Saturday night.

The Cleveland Cavaliers have endured a rough start to the season with 10 losses in their first 11 games and they will be hoping to arrest a four-game slide after falling to the Thunder in a 95-86 loss on Wednesday. Colin Sexton led the team in scoring with 15 points, JR Smith added 13 points while Jordan Clarkson chipped in with 11 points off the bench on five of 17 shooting. As a team, the Cavaliers shot a miserable 37 percent from the field but what really killed them was their 20 turnovers which led to 21 points for the Thunder who were playing without their leading scorer in Russell Westbrook. Still, it wasn’t all bad as the Cavaliers actually showed great fight to erase an 11-point deficit in the fourth quarter before the Thunder ran away with it late. In injury news, the Cavaliers' injured list gets a little longer as George Hill will miss two weeks with a shoulder injury.

Meanwhile, the Chicago Bulls have lost five of their last six games and they will be looking to bounce back after falling to the Pelicans in a 107-98 road loss on Wednesday. Zach LaVine led the team in scoring with 22 points but shot just nine of 26 from the field, Jabari Parker added 20 points with 13 rebounds and three assists while Wendell Carter Jr. and Justin Holiday each scored 17 points. As a team, the Bulls shot 39 percent from the field and nine of 31 from the three-point line as they kept close with the Pelicans for most of the game but they just didn’t have the firepower to get back into the contest after falling behind by 18 points late in the third quarter.

It’s hard to know what you’re going to get when two of the worst teams in the league collide but both teams have actually been solid bets lately despite the lack of success. The Cavaliers are 4-1 ATS in their last five road games while the Bulls are 5-0 ATS in their last five games overall so you could make an argument for either side here, but the Cavaliers have yet to win on the road this season and I think the Bulls keep them winless on the road behind a bounce-back performance from LaVine.